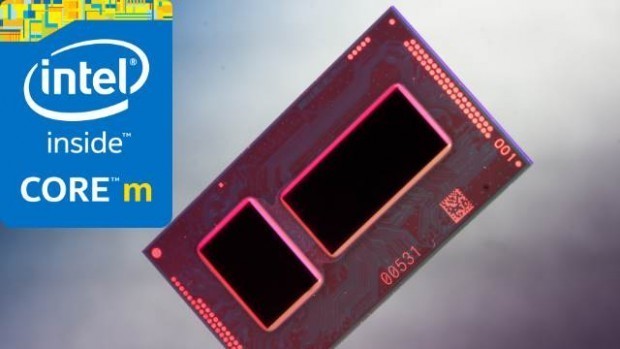 Intel recently announced that its new Core M Processor is 2-3X as fast as Qualcomm’s high-end Snapdragon 801 and 805 chips. That’s great, but Intel has a real problem on its hands - pricing. Core M’s volume pricing is about $281 in quantities of 1000 - Snapdragon 801 has a volume price of about $41. The Snapdragon 805 sells at a bit of a price premium, but even at $100, it’s still just over 1/3 of the price of the Core M. In the next few years, ARM-based chips are going to bridge the performance gap (or at least come close) - the 801 and 805 are actually just incremental updates put in place to stall until 64-bit chips are available early next year. And the next generation of ARM chips will be manufactured on a 20nm process, allowing them to run faster and use significantly less power than current designs.

So here is Intel’s problem - Intel is used to selling expensive processors used in PCs. Qualcomm is used to selling cheap processors used in smartphones and tablets. To admit that the market has shifted to the bottom, Intel has to admit that its high-end market for expensive processors is slowly going away. For a long time, Intel didn’t even get involved in the low-cost mobile space - this is the the typical attitude used by high-end players who are being disrupted from below. The first "smartphones" were toys, and tablets hadn’t even been invented.

A History of Small Computing

I fondly remember my circa 2001 Palm Pilot with a 33 mhz Motorola Dragonball processor - it was relatively limited in terms of capabilities (I used it for keeping track of my schedule and playing Bejeweled). At the time my PC had a 733 mhz processor, and ran Windows XP. My phone at that point was a Motorola Startac, which pretty much just made calls (no web browsing or camera, and definitely no apps). If I wanted to do anything “real”, I booted up my desktop computer (a big tower with a 19” Trinitron CRT).

But mobile chips slowly got faster, and people began to do more with them. For a long time, it was all sort of a joke, but some time around ARM11 (the chip powering the original iPhone and Android devices), Intel started to see that these entrants were getting close to posing a threat. About 5 years ago, it

begrudgingly released the low-power Atom, which debuted in the ill-fated Netbook (again, the typical response of a high-end player is to launch a low-end, crippled version of their technology). Atom proved a reasonably capable chipset for Windows-based tablets, so it basically ended up as a platform for high-end tablets/low-end laptops (not the most exciting part of the market, but it made sense to Intel). Atom then evolved very little as ARM-based processors slowly caught up, moving up from low-res smartphones to much higher-res tablets. At this point, the Snapdragon 801 and 805 (not to mention Apple’s A7/A8) are comparable in performance to the highest-performance Atom. In face, Qualcomm’s chips are quickly becoming good enough to run demanding applications at high resolutions - many current smartphones and tablets run at either 1080p or 2560x1440, equivalent to the highest resolutions supported by today’s desktop computer displays.

What Intel did in response was to strip down it’s new high-end mobile processor (Broadwell) to use extremely little power while still providing pretty good performance. Core M’s low power usage allows it to run without a fan, allowing for use in super-thin systems (like tablets). Intel says that Core M will work well in high-end tablets, priced at $700 and higher (sounds similar to their strategy with Atom). Great, but from what I understand, the market for $700+ tablets is fairly limited, with the possible exception of loaded up iPads. The real market is for cheap tablets and smartphones, and there is no way to put an almost $300 chip into a $4-500 device. So what Intel is heralding as a “victory” over ARM-based chips is actually an acknowledgement that its competitors are getting far too close for comfort in a key market.

Right now, Intel has two options. One is to focus on making better low-cost processors, rather than rehashing the same designs year after year. The problem is that they don’t really want to do this - if they make cheaper chips perform better, then they won’t sell as many of their expensive chips. So their best bet here is to advance the “state of the art” of their low-cost processors just quickly enough to keep competitors at bay. However, since their primary focus on is on building expensive processors, this will always be a secondary goal, and they will eventually lose to companies whose “state of the art” processors are low-end chips.

Intel's second option is to bow out of the low-end and focus entirely on the high-end. My guess is that they will eventually do this, whether by choice or by force (when ARM-based designs make it impossible for them to compete here). The problem is that this will accentuate disruption from below. “Low-end” chips will continue to improve in performance and drop in price, until they are good enough to meet the needs of pretty much all consumers. It’s actually only a matter of time before Apple releases a laptop based on their A-series of processors (possibly as soon as next year, but definitely by 2017), and from that point, the rest of of the PC market will slowly follow. In the end, Intel will eventually be driven out of the consumer market, and into high-end servers (where they will continue to dominate for quite some time).

As a footnote, I think that AMD is doing the right thing by transitioning to ARM-based architecture (if you can’t beat em’, join ‘em). The only question is whether they will be able to shift their thinking quickly enough to build products that serve new markets (tablets, phones, and smart devices), rather than focusing all of their efforts on ARM-based servers.