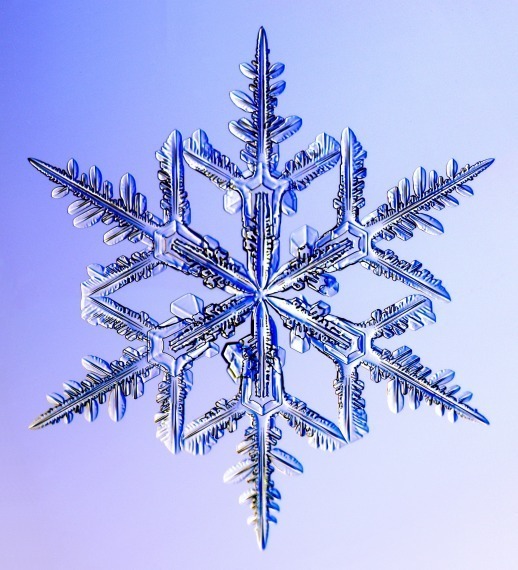 A while back, I wrote a post about how it doesn’t make sense to compare yourself to others. My justification was that this inevitably leads to depression, self-flagellation, and all sorts of other bad things. But there is a completely different reason why you shouldn’t compare yourself to others - you are completely different from everyone else, and no matter how hard you try, you aren’t going to be like them. I know that you probably watched Fight Club, and accepted that you aren’t a special snowflake. And I hate to break it to you, but that’s all lie. It’s just an excuse that we tell ourselves to allow ourselves to fall into mediocrity.

The truth is that your life is going to unfold completely differently from anyone else’s life (even that of your twin brother or sister). And for good reason; you have a unique set of things that drive you. Those drivers are going to cause you to do things differently from anyone who has ever lived before (or who will live in the future). When you combine those different choices with a different set of luck and circumstances, your life will look radically different from any other life (if only on a microscopic scale). Sure, there are probably common themes that run through most peoples’ lives. All of us will be born, and will die. We will probably have jobs at some point, and be in some sort of relationship (more likely plural than singular). Maybe we will get married and have kids. We will likely experience loss at some point in our lives, and feel alone and isolated. And at other points we will feel completely connected and plugged in to the world. But, at the end of the day, each of us will have his or her own experience. And each moment is uniquely ours, to be experienced as we see fit.

So what does this mean? Well, when you compare yourself to others, you rob yourself of the richness that is your life. In wanting someone else’s life, you actually forego living your own. In truth, you probably aren’t going to have what someone else has by the time that you reach whatever age that he/she had it at. That person was driven by his (or her) own motivations, and he got what he sought through some combination of doing and happening (let’s not begin to discuss the ratios of the two). And if he didn’t get what he thought “wanted," then maybe the conscious motives weren’t aligned with the true motives. So, if you think your motives are exactly the same as someone else’s, they aren’t (caveat emptor to anyone who is trying to find a business partner - the best you are going to do is to find alignment on a small but crucial set of points). It is impossible to know someone else’s motives - you can only guess based on your personal interpretations of what they say and do.

For example, there was a long-standing rumor in the valley that Mark Zuckerberg wouldn’t sell Facebook until he could have a billion dollars after taxes. Clearly, that wasn’t the case, or he would have sold Facebook a long time ago. It’s also possible that he had this intention at some point, and then his agenda shifted later. Truthfully, no one knows why he built Facebook, not even Mark Zuckerberg. He can say and believe whatever he wants about his starting motivations, but no one (even him) will ever truly know why he opened up his computer one day and began writing code. All that we can say with any certainty is that it happened. And no one knows why he quit Harvard to work on his little startup, or why he stuck with it until he owned the largest stake in one of the biggest tech companies in the world. He just did a series of things, and had a series of interactions with other people, and had various occurrences of luck, and the end of the day, he somehow ended up as the chief executive officer of Facebook. This is not to say anything about whether he deserved it or how much luck was involved vs skill - Facebook as we see it today is just an emergent property of the system that includes Mark Zuckerberg and some combination of other things.

So, if you want to be a billionaire, your best bet is probably not to try to have the same motives as Mark Zuckerberg, or even to do the things that you think that he did to earn a billion dollars (actually, it’s more like $30 billion in his case, but numbers stop mattering once they cross a certain threshold). Because you can’t ever truly know what was going on when he did those things, and without the same motives (and luck), there is no way for you to replicate what he did. If you do want that billion dollars, your best bet is probably just to make having a billion dollars your number one priority. Focus all of your attention on that desire, and let that guide you towards actions that will bring about the goal. And, if you fall short, the simplest conclusion is that you got sidetracked on something else, and you focused on that instead.

Just don’t ask me what to do, because I’ve never been good at making large amounts of money (my general priority is to have just enough money that I can effectively ignore money in most cases). I will give you some advice that will probably save you a step and lots of heartbreak. No one ever truly wants money just for the sake of having money - money always represents something else. Just want all of the things that you will be able to have when you have a billion dollars, and go for those instead. Because I’m betting that you don’t really need a billion dollars to have any of them, and even if you want to a professional sports team, you might actually have to forego a bunch of the more important items on your list to achieve that (most billionaires spend the vast majority of their time working, even if they are sitting in the owner’s box watching the game).